Steam and gas turbines have some of the highest incidences of varnish formation, leading to shutdowns and failure to starts.

Below is a case study of a gas turbine with high varnish, leading to high bearing temperatures. 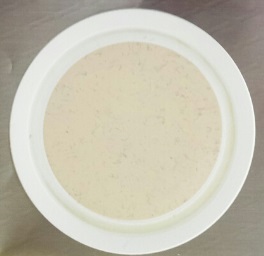 RULER anti-Oxidant – 0% Phenols and 83% Amines
With Phenols completely depleted the Amine Anti-oxidant is no longer re-generated leading to accelerated anti-oxidant consumption during use.

Prior to ESP Varnish Mitigation being installed:

Over an 8 month period the temperature differential increased to 29°C, resulting in the turbine being stopped under the recommendation of OEM.

With turbine online the ESP was run for another 3 weeks the thrust and journal bearing temperature differential had dropped by 50% to 14°C.

Following ESP removal from the turbine the MPC varnish Potential remained in the “Normal” range and eventually the oil was replaced in December 2014. 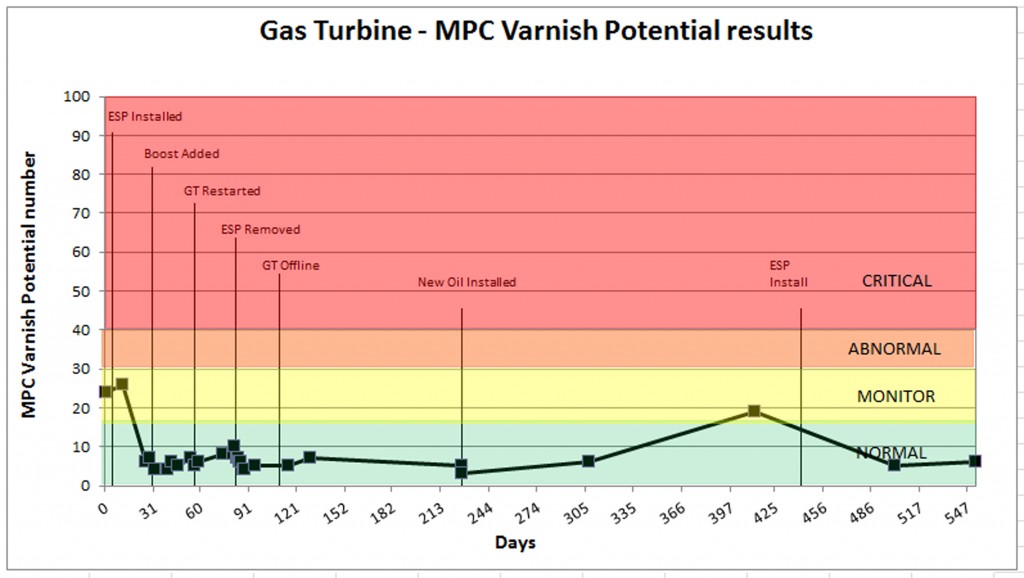 These results meant the turbine was not removed and sent back to the OEM. 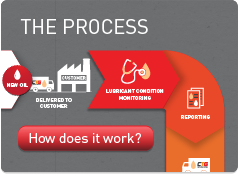